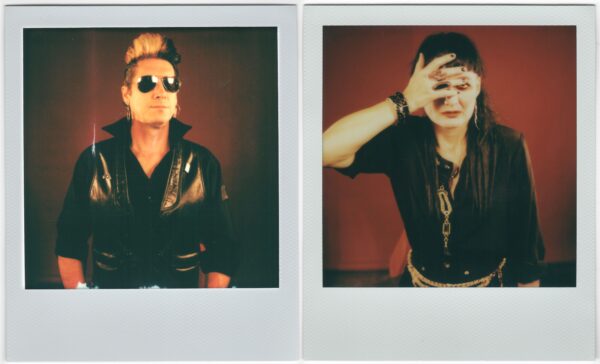 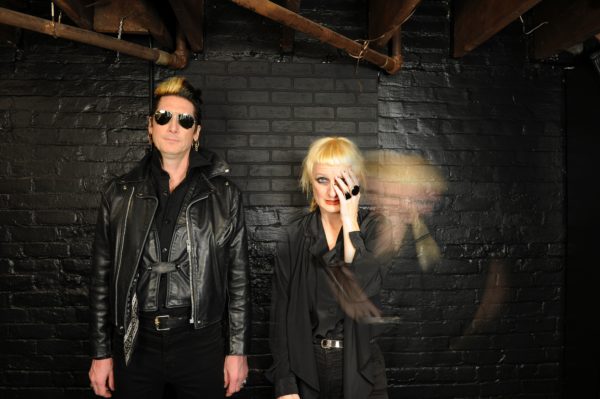 Over the last 23 years, Detroit-based ADULT. (Nicola Kuperus & Adam Lee Miller) have released seven albums across a multitude of labels: DAIS, Mute, Ghostly International, Thrill Jockey,Third Man Records,Clone Records, and their own Ersatz Audio.They have remixed the likes of LIARS, John Foxx, & Barry Adamson(Magazine). This past year they’ve had the honor of sharing the stage with such personally inspiring bands as Nitzer Ebb, L7, Severed Heads and Gary Numan. They where also included on Mute Records’2019 release STUMM433, a tribute to John Cage’s game changing composition 4’33” and featuring such artists as Depeche Mode, New Order and Cabaret Voltaire. As they continue to mine their own unique sound of the avant-garde meets electronics meets punk meets your own discomfort ADULT. are pleased to announce the completion of album number eight. This album was conceived in a black hole. After their last album THISBEHAVIOR (DAIS 2018), written in a majestic cabin in the snow covered woods of northern Michigan, the band wanted to do something that was a total contrast-something less peaceful, even if writing THIS BEHAVIOR was partially like a scene out of “The Shining.” The focus this time around was sensory deprivation; nothing to look at, no interference, just darkness 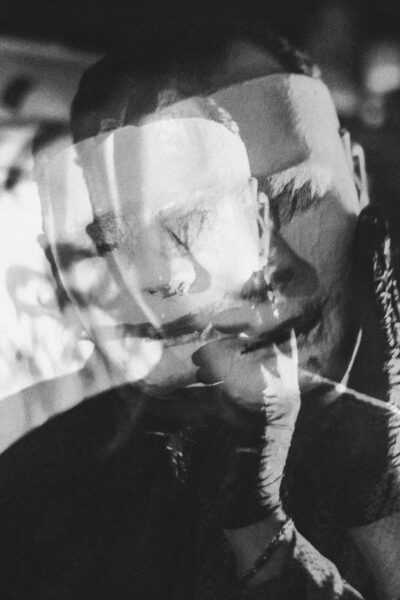 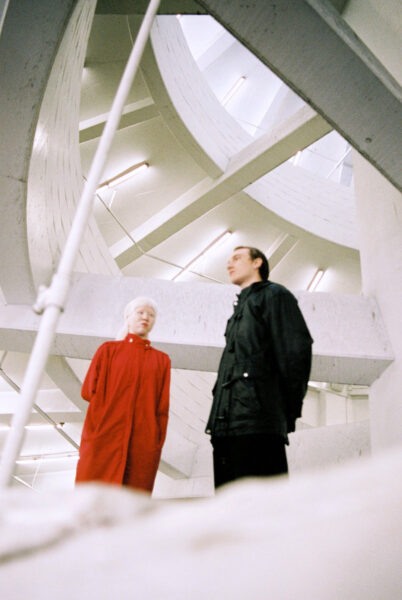 Spike Hellis is the LA-based brainchild of Cortland Gibson and Lainey, circa 10/31/2019.

While gearing up to begin touring and promoting their first release, they watched in disbelief as themes from their EP, aptly titled Crisis Talk, seeped into reality in the form of a widespread global pandemic. Instead of playing a release show, they put the tape out digitally while under lockdown in their Downtown Los Angeles apartment. With tour abruptly canceled, they’ve immediately gotten to work on a forthcoming album.

Incorporating a wide range of elements from industrial, new beat and techno, to freestyle, electro, and EBM, their dark, experimental pop is sure to make you move to the pain. It wouldn’t be EBM if the overtones of manipulation, submission, and suffering weren’t prominent and here they certainly are. However, one of the many things that separates Spike Hellis from their contemporaries is the clever sampling and sound design. Their sequences are dynamically crafted and move effortlessly between all hard-dance subgenres.

Spike Hellis delivers from every angle. Primed for the after-hours warehouse dungeon, they utilize heavy amounts of fog and strobes timed perfectly to their live set. Perhaps you’ll feel threatened or slightly disoriented, nonetheless, you will be thrust into their environment. While still in their infancy, they’ve managed to turn heads as they cut their teeth in the LA underground. Blasting their bleak outlook and spreading their gospel of disenchantment and sarcasm, Spike Hellis announces their arrival.

Like flossing with razor wire.
Smile for the world.