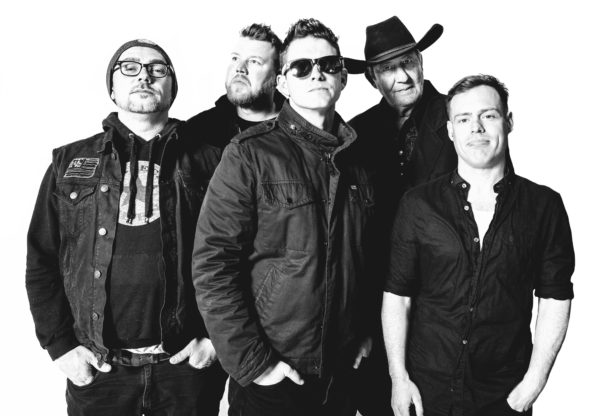 Formed in 2003, the boys of 500 Miles to Memphis came together on the banks of the Ohio River between Cincinnati, OH and Newport, KY. Their genre-bending take on Americana and punk rock has been received worldwide in the form of movies, tv, video games, and their award-winning live shows. Logging 250 performances a year, these indie road kings have been to hell and back. After taking a short break from touring in 2017, 500mtm has jumped back in the studio to deliver their 5th studio album with Old 97’s producer John Pedigo at the legendary Gwynne Sound in Cincinnati. If you are a fan of high octane punk rock, bluegrass, and Appalachia, these boys are for you. The latest album “Blessed Be the Damned” is set for release on Jan. 25th, 2019. 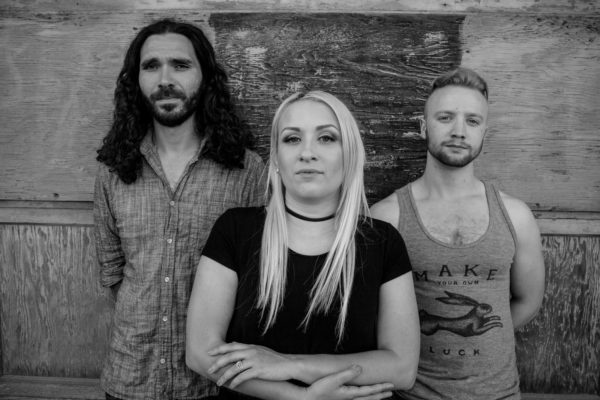 Born in a cool basement during the summer of 2014, Faux Fiction is three-piece band based in Milwaukee, WI, consisting of guitarist/vocalist Gabby Papale, bassist/vocalist Peter Hair, and drummer Paul Tyree. The group is heavily influenced by 90s alternative, grunge, and garage rock, which they blend with pop sensibilities to form their own brand of "pop fuzz".

Since the release of their self-recorded, self-titled EP in the summer of 2015, the band has been invited to take the stage at festivals such as Milwaukee Pride, Summerfest, and the Harley-Davidson 115th anniversary celebration. Faux Fiction can be heard on a variety of radio stations and podcasts, such as 88.9 Radio Milwaukee, 91.7 WMSE, 105.7 WAPL, 107.9 KFMW, The Great Unknown Radio, A Band of Gamers, and One Kind Radio. In addition, the band has opened for national touring acts such as Summer Cannibals, And The Kids, Dressy Bessy, and Dinosaur Pile-Up.

Faux Fiction released their first full-length album, Staring at the Sun, in June of 2016. The album has been described as "full of energy and fun" (Breaking and Entering), "bursting with color, wonderful dynamic[s]" (Ertrok Radio Hour), and "one of the best local albums" (Milwaukee Journal Sentinel).

The band's most recent work, Dark Matter EP (released January 2018), has been hailed by the Journal Sentinel as "brighter and dirtier" with "great grunge arrangements", and affirmed to be a "20-minute powder keg" by Milwaukee Record. 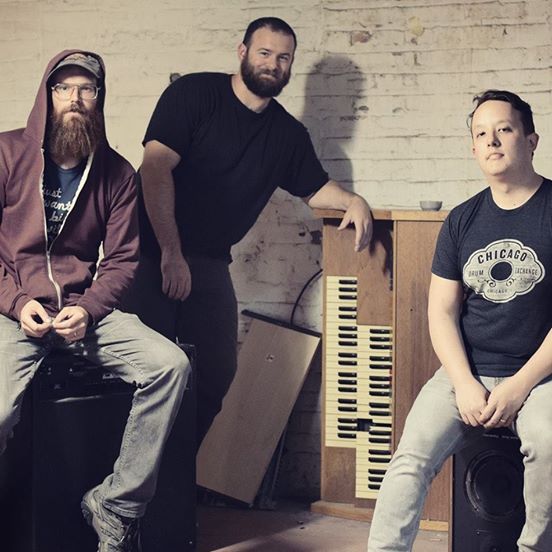 Chicago’s Mutts are a keys/bass/drums trio described as “like Tom Waits fronting a garage band” by Time Out Magazine.

Mutts rang in 2017 celebrating their inclusion on WXRT Chicago’s local “Best-of” list for the 2nd time. When they made it in 2013 it was on the acclaim of their acoustic album, Object Permanence, which quickly sold out of 2 vinyl pressings. This time just two singles were strong enough: “Let’s Go,” which was played in Wrigley Field during the Cubs’ historic World Series run, and “Neighbor,” offering a message of togetherness directly after the election.

On September 12 Mutts released both songs on a 5-track EP entitled “Stick Together,” recorded and mixed at Audiotree Studios by Rick Fritz (The Beach Boys, Brian Wilson, Regina Belle, Destiny’s Child). The lead single “I’ll Be Around” became the 3rd track from the EP to be played on WXRT, described as “outrageously good” by DJ Richard Milne, and “really well done” by Brendan Bayliss of Umphrey’s McGee.

This distinctly positive EP springs from some of the most trying times of singer/songwriter Mike Maimone’s life. Leading up to the release of their 4th LP, “Fuel Yer Delusion, vol. 4” in late 2014, Maimone was kicked out of the house by his partner of nearly 6 years. Around that time, several bands that Mutts had been friends with called it quits. The trio decided that the next record would be a complete about-face from the sardonic “Fuel,” instead offering a sincere message of strength. After recording it, drummer Chris Pagnani had his first child and decided to leave the group. Soon after, the bar that Maimone played every week when home closed. And then the tour van died.

Despite the adversity, Maimone and bassist/guitarist Bob Buckstaff decided to go ahead with the release. Regarding the title, Maimone says, “2016 felt like the laying down of a worldwide gauntlet; the eruption of a lot of deep-seeded divisions. So, I wanted to abandon all the satire and cynicism and just come out and say what needs to be said.”

Putting music out seems to be what Maimone does best, releasing 5 LPs and 4 EPs since 2008. His deep versatility as a songwriter has helped him land 11 songs on WXRT – from the family-friendly stadium jam “Let’s Go” to the gritty “God, Country, Grave,” which was featured in a sex scene on the Cinemax show Banshee. In his own words, Maimone says, “My songs are born from a life of contradictions.” Maimone grew up in conservative rural Ohio, not coming out of the closet to his Catholic parents until age 30. He was an all-state athlete in high school, who played against LeBron James, while having a deep appreciation and love for the arts (Robert Frost’s poem “Mending Wall” inspired the entire album, Separation Anxiety). He graduated from the University of Notre Dame business school, but quickly walked away from corporate America. Maimone explains, “Through my songwriting, I try to turn these disparate life experiences into music that relates to all different people, helping us discover commonality.”

Maimone and Mutts have averaged over 100 tour dates a year since 2009. Along with Mutts and his solo project, Mike Maimone has toured as the keyboardist for Company of Thieves and Los Colognes on national tours opening for Blues Traveler, the Plain White T’s, OK Go, and the Hold Steady among others.

With the addition of drummer Ian Tsan, 2017 Mutts highlights include a performance at House of Blues Chicago, Alternating Currents festival presented by Daytrotter, and headlining shows at staple venues The Frequency (Madison), Raccoon Motel (Davenport), and the Hideout (Chicago). In 2017 frontman Mike Maimone became one of a few to play all five Mile of Music festivals in Appleton, performing with his new brass band at Mile 5.

2016 found Mutts slowing down to focus on family and writing, but they still managed to play a sold-out hometown show at Schubas, headline regionally at High Noon Saloon (Madison), 7th Street Entry (Minneapolis), and Zanzabar (Louisville), and play direct support for JD McPherson and Local H.

In 2015 the band played 132 shows across 25 states, including FEST in Gainesville, their 2nd appearances at Summerfest in Milwaukee, Donkey Creek Fest in Wyoming, and SXSW, and supporting Two Cow Garage for a month. They also found time to release a 7″ single (a split with Archie Powell & the exports on Midwest Action) and covers EP (Ghoul Yer Delusion) as well.

This busy year followed a 2014 in which they recorded and released their 4th LP – Fuel Yer Delusion vol. 4 while also playing 152 shows across 21 states – including, Riot Fest, Musikfest, SXSW, WFPK Live Lunch, JBTV and headlining the Metro. The album became their fourth straight album to chart on the CMJ Top 200.

The previous two years, Mutts released two LPs and played 250 shows. The Big Takeover Magazine described their new sound on the acoustic album Object Permanence as “rollicking New Orleans barrelhouse blues/R&B.” It reached #149 on the CMJ Top 200, was named one of WXRT’s Best of 2013, and the first vinyl pressing sold out in just 8 months. Mutts supported the LP with appearances on Daytrotter, National TV, WBEZ and Audio Tree Live. They also performed at several festivals and opened for national acts including Murder By Death, Maps & Atlases and Phox. Just eight months earlier, Mutts released the companion to Object Permanence – Separation Anxiety. Together, these two albums address singer/songwriter Mike Maimone’s coming out process, coming from conservative roots and graduating with a business degree from the University of Notre Dame. Separation Anxiety became the second Mutts release to chart on the CMJ Top 200 in 2012, peaking at #72 over its six week run. That year the band supported artists ranging from Flobots to Imagine Dragons to Company of Thieves. Their song, “God, Country, Grave,” was also prominently featured in the Seasons 2 premiere of Banshee on Cinemax and continues to bring more exposure to this hard-working unsigned band.

Mutts released their debut album, Pray for Rain, on December 13th, 2011. It charted for six consecutive weeks on the CMJ Top 200, peaking at #107. It was named one of the top Chicago albums of 2011 by The Huffington Post, received praise in Alternative Press and The Big Takeover, and Mutts were named Chicago’s Emerging Artist of 2011 by The Deli Magazine.

In their first year together Mutts independently put out 3 EPs: Pretty Pictures, We Float and The Tells of Parallels. Developing a unique, genre-bending sound, Mutts were “poised to become one of Chicago’s top acts,” according to Loud Loop Press. Outside of the studio, Mutts fulfilled the buzz garnered by their recordings and Chicago music scene pedigree (members have played in: Company of Thieves, Empires, Wax on Radio, The Hush Sound, Suns, Bailiff, Eight Bit Tiger and Big Science). By their second year together, the band was headlining at staple Chicago venues including The Empty Bottle, Double Door and Subterranean. Throughout 2011 they also hit the road often, playing nearly 100 tour dates between their other jobs and session work. 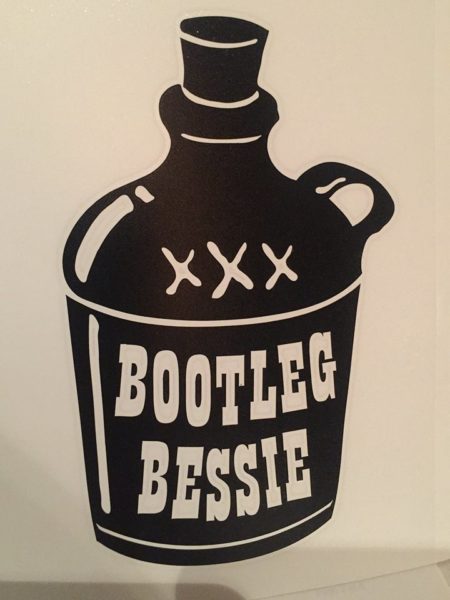