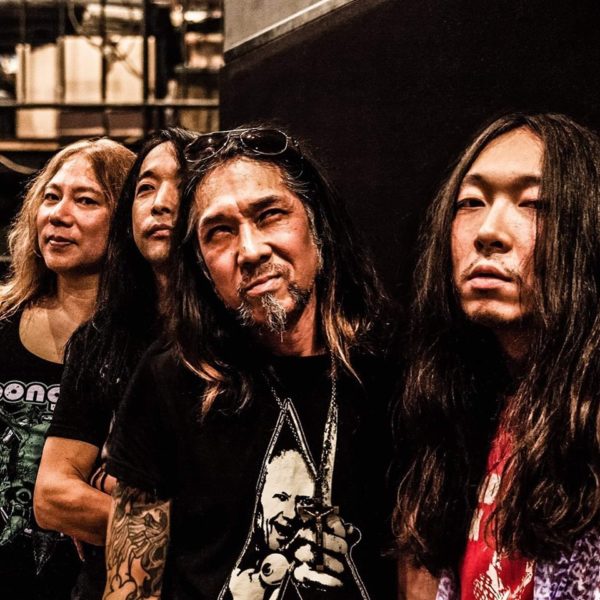 CHURCH OF MISERY was founded by Tatsu Mikami (bass guitar) back in 1995. After the breakup of his leading thrash metal band SALEM (that had toured in the UK several times and received critical acclaim from metal fans as well as the press) Tatsu decided to start his own solo project. He wanted to do something that reflected his other musical inspirations - doom metal and doom rock. Apart from metal and thrash, he was strongly influenced by doom bands like SAINT VITUS, BLACK SABBATH and became aware that his own riffs had started to include doom vibes. Also, he was very much into late 60's/early 70's heavy rock material like LEAF HOUND, NOVEMBER, MAY BLITZ, HIGH TIDE, GUN, BLUE OYSTER CULT and so on. It was natural for him to shift his musical direction from metal to a more rock-influenced style.

In 1995, Tatsu formed a band with Tomohiro Nishimura (guitar), Hideki Shimizu (drums), Kazuhiro Asaeda (vocals), that was named CHURCH OF MISERY. In April-June 1996, they recorded their very first demo entitled "ADV.1996." Copies of this demo were sent to fanzines, labels, and bands overseas. They originally intended this as a promotional pack for friends in the underground doom scene. But Doom Records (USA) released the demo as "Vol.1" without the permission of the band. They hadn't expected anything like that to happen and of course made a complaint to the label. Ironically, as a result of this bootleg release, their name became well known amongst doom metal listeners all over the world. About 10 years later, "Vol.1" was released officially for the first time on Leaf Hound Records (JAPAN).

In 1997, Japanese label Cornucopia Records released a compilation record "Doomsday Recitation" that featured four Japanese doom bands ETERNAL ELYSIUM, MILLARCA, BERENICE and CHURCH OF MISERY. At the time, CHURCH OF MISERY had a new singer, Nobukazu Chow. In 1998, with this line-up, they released an EP called "TASTE THE PAIN" on Bad Acid Records (UK) and a split CD, "BORN TOO LATE" with Canadian doom band SHEAVY. Back then, they started to play gigs constantly, mainly in the Tokyo area and started to build a good reputation with underground metal fans in Japan.

In 2000, Tatsu reformed the band with new members Yoshiaki Negishi (vocals), and Junji Narita (drums), and they started to use analog synthesizers on stage. Elements of krautrock and psychedelia, add further elements that work effectively with their evil lyric theme of serial killers. The new singer Negishi's hardcore punk/thrash/death metal background gave more aggressive edges to the band's sound, and CHURCH OF MISERY's music started to sound much more brutal than ever before.

In 2001, they finally released their first full-length album "Master Of Brutality" via Southern Lord Recordings (USA). Doom metal/rock listeners all over the world were totally fascinated by their unique doom-gloom-bizarre songs, sounds, and lyrics. As a result this unique band acquired the undisputable reputation as "the heaviest band from Japan". Unfortunately, guitar player Nishimura left the band soon after the release of their debut album for personal reasons, but his successor Takenori Hoshi's guitar playing suited the band's direction perfectly. In short, Hoshi was more deeply into 70's heavy/psychedelic/blues rock like Peter Green (FLEETWOOD MAC), Manuel Gottsching (ASH RA TEMPEL) etc, etc. However, three years later, singer Negishi left the band because of musical/lyrical differences, and was replaced by Hideki Fukasawa who used to be the front man for Yamanashi hardcore/death metal band BLEED FOR PAIN.

In 2004, with this new lineup, they released their second full length album called "The Second Coming" on DIWPHALANX RECORDS (JAPAN). Their music style became not only more mature, but also even more brutal and bizarre, and it heavily terrorized both the doom listeners and bands on this planet. Since then, they have toured in Europe/US frequently and have shared the stage with famed and infamous western bands such as SAINT VITUS, CATHEDRAL, EYEHATEGOD, ELECTRIC WIZARD, ORANGE GOBLIN, FIREBIRD, THE GATES OF SLUMBER, DEATH ROW, ANGEL WITCH, etc. etc. Also, they have appeared in renowned metal/rock festivals in Europe/USA such as Roadburn (Holland), Hellfest (France), and Maryland Deathfest (USA) to date. Their reputation abroad continued to grow and grow as time went by.

In 2006, guitar player Hoshi left the band due to personal issues, and was replaced by Australian guitarist Tom Sutton who had lived in Japan for years. Tom had often taken part at CHURCH OF MISERY gigs and was well known to the band. He was such a huge fan of the band that he knew and could play almost all the band's songs at their first studio session. With this new lineup, they wrote and recorded their third album "Houses Of The Unholy" that was released via Rise Above Records (UK) in 2009. With this release they created another murder-doom classic and had great reactions from people in the doom scene. But, shortly after the completion of this record, the singer Hideki left the band for personal reasons, literally disappearing from his colleagues. So, the band was joined by the previous (also the successor to Hideki) singer Yoshiaki Negisi. With Negishi as a frontman again, the band flew to Europe and USA for more extensive tours.

After the release of "Houses Of The Unholy", they continue to go to western countries over and over again, and had some fantastic tours with the mighty doom-sludger's EYEHATEGOD. Besides this, they headlined in the US for the first time. After the tours for "Houses Of The Unholy", Tom decided to leave the band because of a move to England, but the band had been through a pretty difficult time while seeking his successor, and out of goodwill Tom continued with the tour.

In 2012, ex-EARTH BLOW guitar player, Kensuke Suto joined the CHURCH OF MISERY camp and they toured in Europe. But after this tour, the band parted ways with Suto and Negishi due to musical and personal differences. Tatsu and Junji contacted the previous singer Hideki, and they decided on a reunion, joined by new guitar player Ikuma Kawabe (ex-DHIDALAH) in late May 2012.With this new line-up, they started writing and recording the new record, and completed it on January 26, 2013. The new album, Thy Kingdom Scum will be out very soon via Rise Above Records (UK) and Metal Blade Records (USA). The title Thy Kingdom Scum will remind hardcore CHURCH OF MISERY fans of their early years track called "Kingdom Scum"in"Vol.1". This record includes a cover song "One Blind Mice", originally written by UK/70's Hammond organ rock trio QUATERMASS. 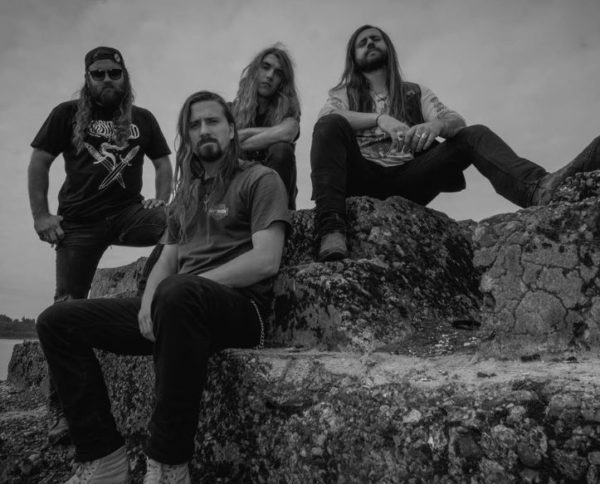 Black Wizard is a heavy metal and hard rock band from Vancouver BC, formed in 2009 between high-school friends. Founding members Adam Grant and Eugene Parkomenko were both working less than desirable construction jobs at the time, cranking the likes of Thin Lizzy, Deep Purple, Witch, or Electric Wizard as loud as possible to get through the days on site. Heavily motivated by Vancouver’s thick and heavy scene, full of bands like Bison and 3 Inches of Blood ruling at the time, “The Wiz” was born. Having always followed a true DIY aesthetic, Black Wizard has independently released two full length LPs and a 7” single, selling over 5000 copies worldwide. In 2015, Black Wizard signed with Listenable Records (France) and released their third LP titled “New Waste”. In the last few years the band has toured extensively across North America and Europe. Over the past few years, Black Wizard has kept busy touring with Volbeat and Killswitch Engage; Brant Bjork and Royal Thunder and started off summer 2017 supporting Weedeater and Serial Hawk.

Through the course of seven years, The Wiz has shared a stage with the likes of Sleep, Uncle Acid and The Deadbeats, Red Fang, Corrosion of Conformity, The Shrine, Mos Generator, Kylesa, Weedeater, Witch, Black Mountain, Zeke, Black Breath, Yob, Pierced Arrows, Saviours and close friends in Anciients. With another outstanding album on Listenable released in early 2018, Black Wizard shows no signs of stopping. 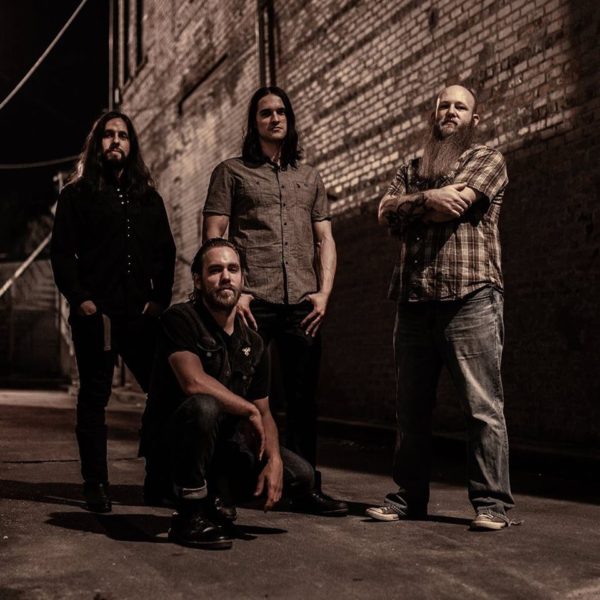