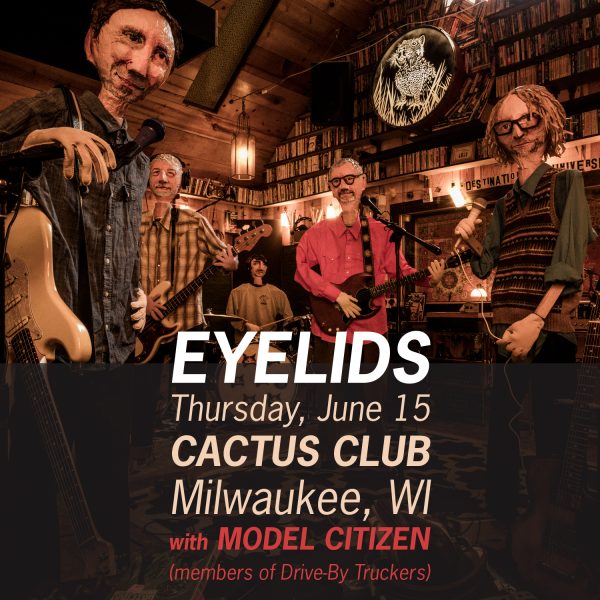 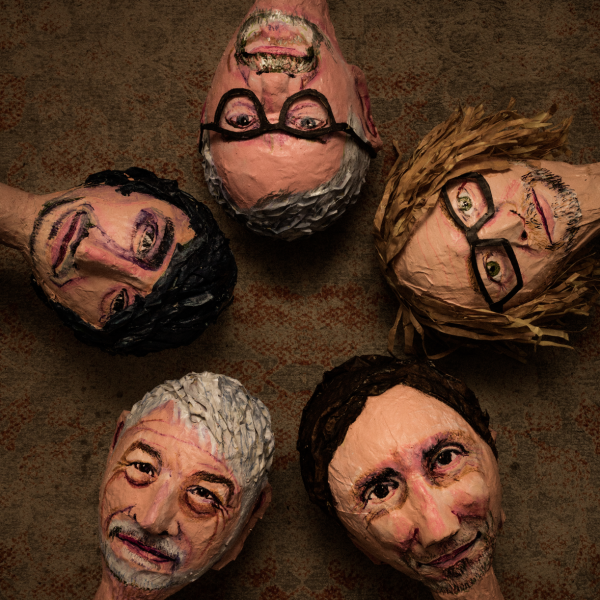 Eyelids’ new album, A Colossal Waste of Light, does an excellent job of framing the
quintet as one of today’s most compelling purveyors of lopsided guitar pop workouts and
earworm-laden vocal melodies. It also proves that great guitar pop can still evoke
favorites from a glorious past – the penetrating moodiness of XTC’s Black Sea, or
R.E.M.’s Fables of the Reconstruction, comes to mind – while refusing to waste time on
idle nostalgia.

Whether it’s ‘Swinging in the Circus’ with its poignant musings on both stage fright and
feeling like you don’t measure up, or the breezy Drums and Wires anthemic pop of ‘They
Said So’, A Colossal Waste of Light speaks of and to the present, a time when light and
dark can’t help but feel firmly intertwined.

On their 4th full-length album (but 17th vinyl offering if you include previous 7”s and EPs)
the Portland, OR band also rediscover the beauty of firsts. A Colossal Waste of Light
marks the first time the band wrote songs remotely (“it ended up being fun & weird to
send out a very simple version of a song and see who came back first with another part for it”, John Moen looks back), their first reunion at the Destination: Universe studio post- isolation, and their first batch of melodious new tunes since The Accidental Falls, the band’s 2020 project with poet, lyricist and Tim Buckley collaborator Larry Beckett (an extra-ordinary pairing that allowed Eyelids’ two frontmen/tunesmiths, Chris Slusarenko and John Moen, to find a new, multilayered appreciation for the art of songcraft).

Most importantly, A Colossal Waste of Light is the first Eyelids album to feature new
bass player Victor Krummenacher (Camper Van Beethoven, Monks of Doom). Eyelids
had shared bills with Krummenacher a few times before he moved to Portland, but once
he arrived he quickly found himself in a new town where everything was suddenly locked
down. Luckily enough, there were eventual get-togethers in Slusarenko’s backyard and,
finally one day, a most coveted question: “do you want me to play bass for your band?”.
The artistry he brings to A Colossal Waste of Light is seasoned and fresh in equal
measure. Alongside Jonathan Drews’ expressive yet mysteriously ethereal guitar
playing and Paulie Pulvirenti’s imaginative and powerful drumming, the finished LP is the
perfect summation of Eyelids’ new and old ways of collaborating together.
It’s also another point in favor of Eyelids’ continued status as living proof that “never
meet your heroes” was a weak excuse that someone with the wrong heroes must have
made up. R.E.M. guitarist Peter Buck’s return behind the producer’s desk for Eyelids is
as glorious and inspired as ever. At the recommendation of Buck, what was initially
intended as an EP promptly turned into what might very well be Eyelids’ finest and most
representative record to date. Buck even joined the proceedings with some additional
12-string magic to the psychedelic burnout classic ‘Lyin’ In Your Tomb’ & guitar strangle
meltdown ‘I Can’t Be Told’ that defiantly closes the album.

As for the record’s title, Slusarenko notes that it conjures “the parallel lines of dearly
holding onto some sort of version of hope, all the while knowing everything’s going to
shit.” With all the feel of a lost late 70s classic, A Colossal Waste Of Light sounds both
majestic and playfully open to multifaceted meanings and moods. It’s haunted and vibrant all at once, while putting some kicks back towards melancholy. Every track feels like its own journey and having songs from two songwriters at the top of their game makes for a most dynamic, immersive narrative as their songs follow one another throughout. As a whole, it’s thrilling, moving, mercurial, absorbing, soothing, and unmistakably Eyelids. 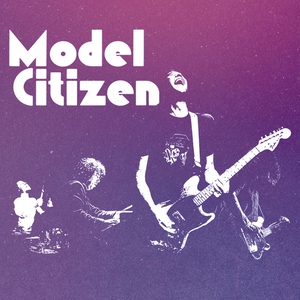 Matt Patton and Mike Gaut formed Model Citizen just as their beloved Alabama punk scene was
being overtaken by an onslaught of cookie-cutter melodic hardcore bands at the tail end of the
1990s. Neither of these young men had any formal music education; they were not athletic, nor
had either of them experienced anything that could possibly be construed as “a metal phase”.
Instead, they bonded over a love of The Who and other punkish prototypes, as well as a
propensity for getting loud. Very, very loud.
Gaut went on to drum for Chattanooga, TN’s brother-fronted rock unit Bohannons. Patton joined
up on bass with Alabama’s Dexateen’s and currently holds down the low end with Athens’, GA’s
Drive-By Truckers. Model Citizen has reunited with bassist Craig Gates, a member of the band’s
most solid mid-2000s lineup. The addition of keys player and fellow Drive-By Trucker Jay
Gonzales on the new record, Live At Dial Back Sound, brings the band closer to the sound the
trio originally envisioned. The band expects to make all new music in the not-so-distant future.