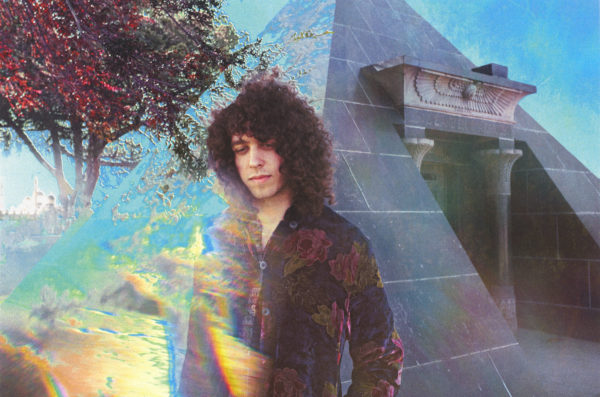 The rare history of harmonious pop music imbued in Vinyl Williams's Opal LP is finally coming to the conscious surface in the warped form of a celestial hyper-coaster, combining sunshine pop, afrobeat, and progressive rock into a dense emanation of sonic optics. The California native has attuned his sound palette to the cosmic quintessence – opalescent tones that harmonize chaos, synchronizing a global family of celestial harmonies into a macrocosmic epicenter.

Out of such came 10 tracks of incessantly lush pop songs that can be used to intangibly dress your dream palace. It was recorded almost exclusively by Lionel Williams at Non Plus Ultra (all ages venue / studio in LA he's involved in) with the exception of Gal Lazer (ex-drummer of Yonatan Gat) playing hand drums on Aphelion, and Ian Gibbs (Williams's long time musical partner) overdubbing guitar & synth on several tracks. Through the process of recording individual tracks onto a VHS camcorder, as well as using handheld cassette devices, the fluttery lo-fi guitar & synth sounds became architecturalized by hi-fi drum sounds, keeping the warbly rollercoaster somehow on track. The record opens with "Sanctuary Spells" – probably the most outlandish track on the album, which gently places you into a timeless realm. The sound quality begins like a phonograph wax cylinder from the turn of the century, and when the song drops it spins into the deep future, teleporting you to a space age suite akin to Thundercat and Bonobo. The debut single off the album "Lansing" may be the most grounded, connecting Marvin Gaye with The Association, almost like mixing banana with peanut butter (to make a perfect smoothie). It wraps you in its silky spring reverb, and overtone-heavy guitar sounds that reminisce Pure X's first album "Pleasure". The existential plea embedded in the chorus's lyrics haunt the mind to no end, yet still remain positively hopeful. Melancholic bliss at its most paradoxical.

Williams's approach to music is almost purely aesthetic, arranging ecstatically ornate patterns that juxtapose the electric guitar chords with the bass line in rapturously risky variations. Without a doubt, it's not your average psychedelic pop music. It doesn't veil simple campfire chords with spring & fuzz. It's more like stretched-out jazz for the layman, allowing one to be aware of its changes without them passing by you unconsciously. "Aphelion" pushes these boundaries to the most extreme by sending you off into Williams's inner world at the highest speed. Aphelion as an astronomical holiday is on average actually July 4 – the day our Earth is furthest from the sun. Hence, the song as well as the USA's Independence Day are invocations of the sun. With all of the track's complexities its easy to assume it must be talking about something large & vast. Similarly, "None With Other" surfs solar waves through ineffably designed chord changes & modulations.

Beyond cosmic alignments & anomalous sound environments, the album wraps with "Millennial Ballroom", an homage to Curt Boettcher (The Ballroom, The Millennium, Sagittarius). Here we really dive into the exoplanet utopia Williams impressionistically illustrates. Everything bursts together in an inescapably California reverence to sunshine pop & its dreams of a more harmonious world.

Williams also creates his own immersive realms in the form of 360º videos, downloadable explorable worlds, and interactive web art. These ineffable environments impress upon transcendental incorporeal states of being, termed noumena. Two elements – anima (Jung's term for femininity embedded in masculinity) & pneuma (the octave above air) give rise to these vast lands of sublimity.

Before meeting Iasos (founder of New Age music) in 2013, Williams already had an out-of-body experience where he visited this syncretic haven. During their conversation, Iasos revealed a similar experience that had occurred where an ineffable intelligence "Vesta" sent endless hours of higher dimensional footage into his mind in an instant. The process hence has been a process of discovering how these visual architectural & sonic atmospheric forms can be concentrated in a pop structure. The main ambition of the group is to transmute qualitative opposites into an equilibrium of light & sound, that ultimately has a beneficial affect.

In 2016 Vinyl Williams released "Brunei" – a fantastical critique of the country's incorporation of Sharia Law from the perspective of an inter-dimensional being. During the time the album was being recorded Williams' father had been hired by the sultan of Brunei to perform with Dean Martin's son Ricci Martin. The performance was supposed to include a realistic hologram of Dean, where Ricci & Dean were to switch off melodies with each other. This drove Ricci to the point of a breakdown, which unfortunately ended in his death via alcohol overdose around the time the album was released. The original inspiration behind the album was when Williams had seen currency from Brunei, which at the time was rainbow & prismatically translucent. This sparked the mystery in discovering the country's lavishness as well as socioreligious detriments.

These themes of religious dissonance originate from Williams' upbringing in the state of Utah. Although he's a Los Angeles native, he had moved to Utah in 1998 at the age of 8. The culture shock he had experienced living in a small LDS town sculpted his practice into an impressionistic utopia of religious harmony.

Active since 2007, the group have toured extensively with Toro y Moi, Unknown Mortal Orchestra, Mount Kimbie, This Will Destroy You, Temples, among others. 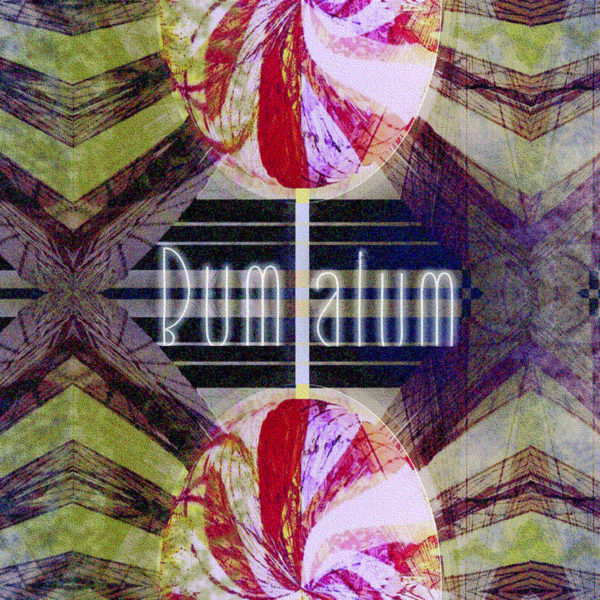 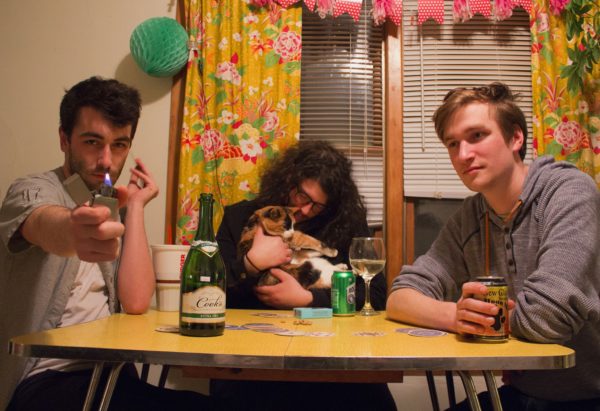