Presented by The Queer Curatorial Fund of the UWM Department of Film, Video, Animation, and New Genres. 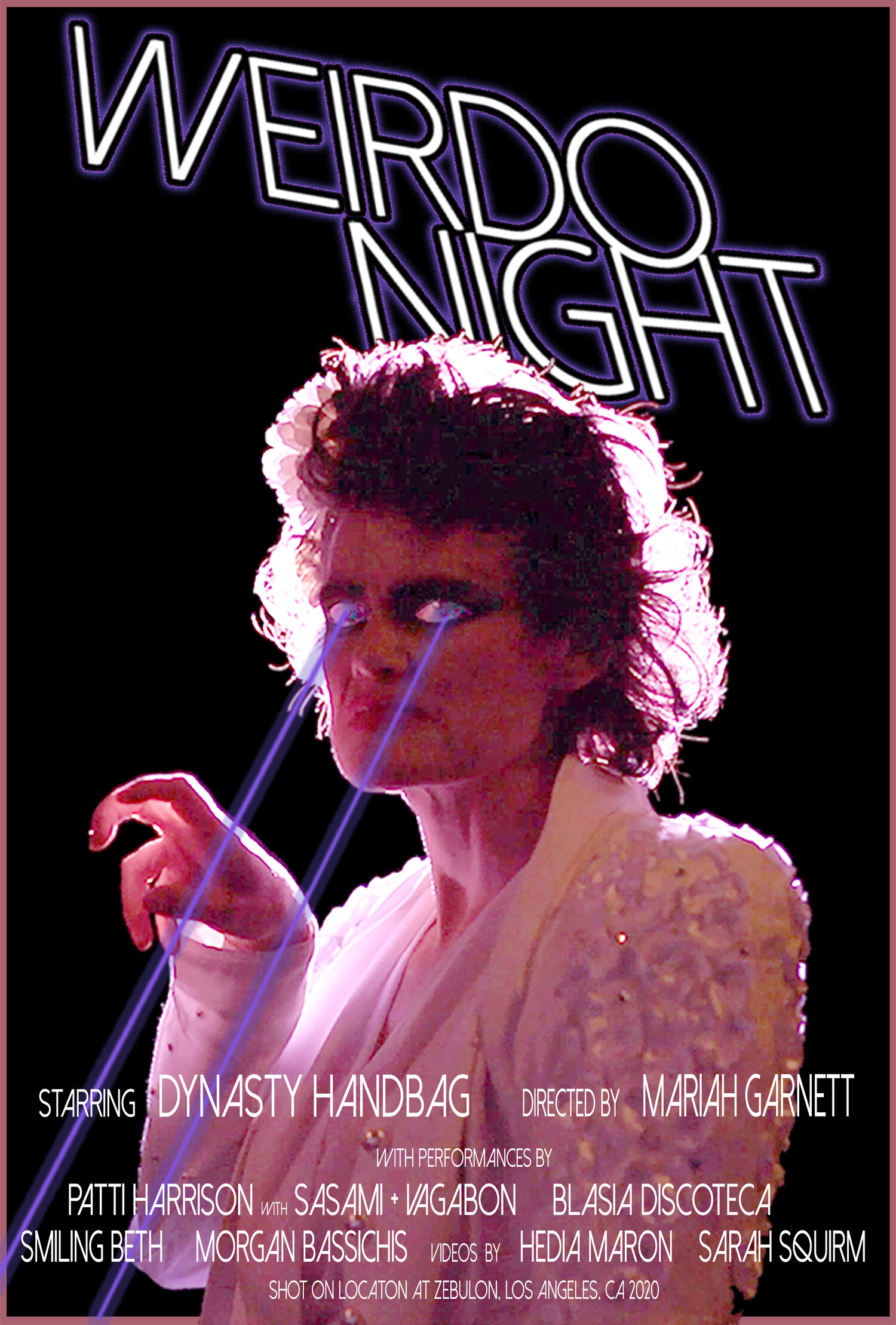 Shot during COVID, Weirdo Night (The Movie) is a stand in for the eponymous, wildly popular underground club night in Los Angeles, which centers queer, female and POC voices. Hosted and curated by Dynasty Handbag, the show assembles misfits from the comedy world, live bands, dancers and performance artists in a variety show that goes regularly and intentionally off the rails. Dynasty Handbag lovingly heckles the acts she has invited to the show, pretending to talk on the phone or sleep through their acts, apologizing to the non-existent audience for their poor performance, all the while tooting her own discordant horn. The first act is Patti Harrison with Sasami and Vagabon, as “Dildo Police,” a punk band that vacillates between singing the national anthem and unpacking Patti’s family’s sexual history. They are followed by Blasia Discoteca, an LA based drag performer and dancer, and the final live act is Smiling Beth, a four piece band fronted Jeanne Delkhaste, whose mellifluous voice and piano virtuosity is offset by her slamming her head into the keyboard and blacking out her teeth. Also featured are three videos – a psychedelic Rodney Dangerfield impersonation by Sarah Squirm, a commercial length indictment of her mother by Hedia Maron, and an instructional ballad sung from inside Morgan Bassichis’ bathroom. Dynasty Handbag intersperses her own acts, ranging from stand up comedy to weird performance art, to a dread filled dance to the Democracy Now theme song. Through Dynasty Handbag’s singular cathartic performances and a diverse catalog of artists, Weirdo Night takes the anxiety and alienation of the current moment and transforms it into a collective, hilarious and even joyful experience.