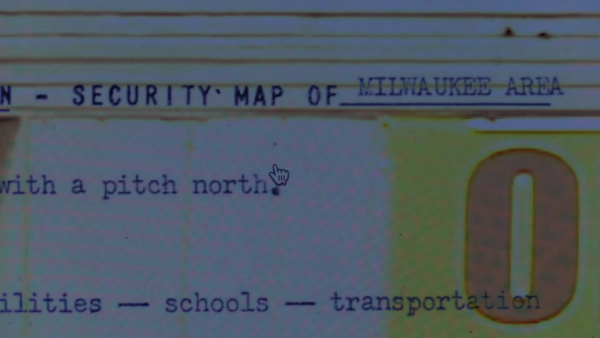 Meditation on Migration | Opportunity Zone, a film by Vonnie Quest

Meditations on Migration | Opportunity Zone a film by Vonnie Quest
TRT~5 mins
paired with a written interview
materials will be live for one-week beginning:
Thursday, September 17th, 7 pm
100% of donations go to the filmmaker. 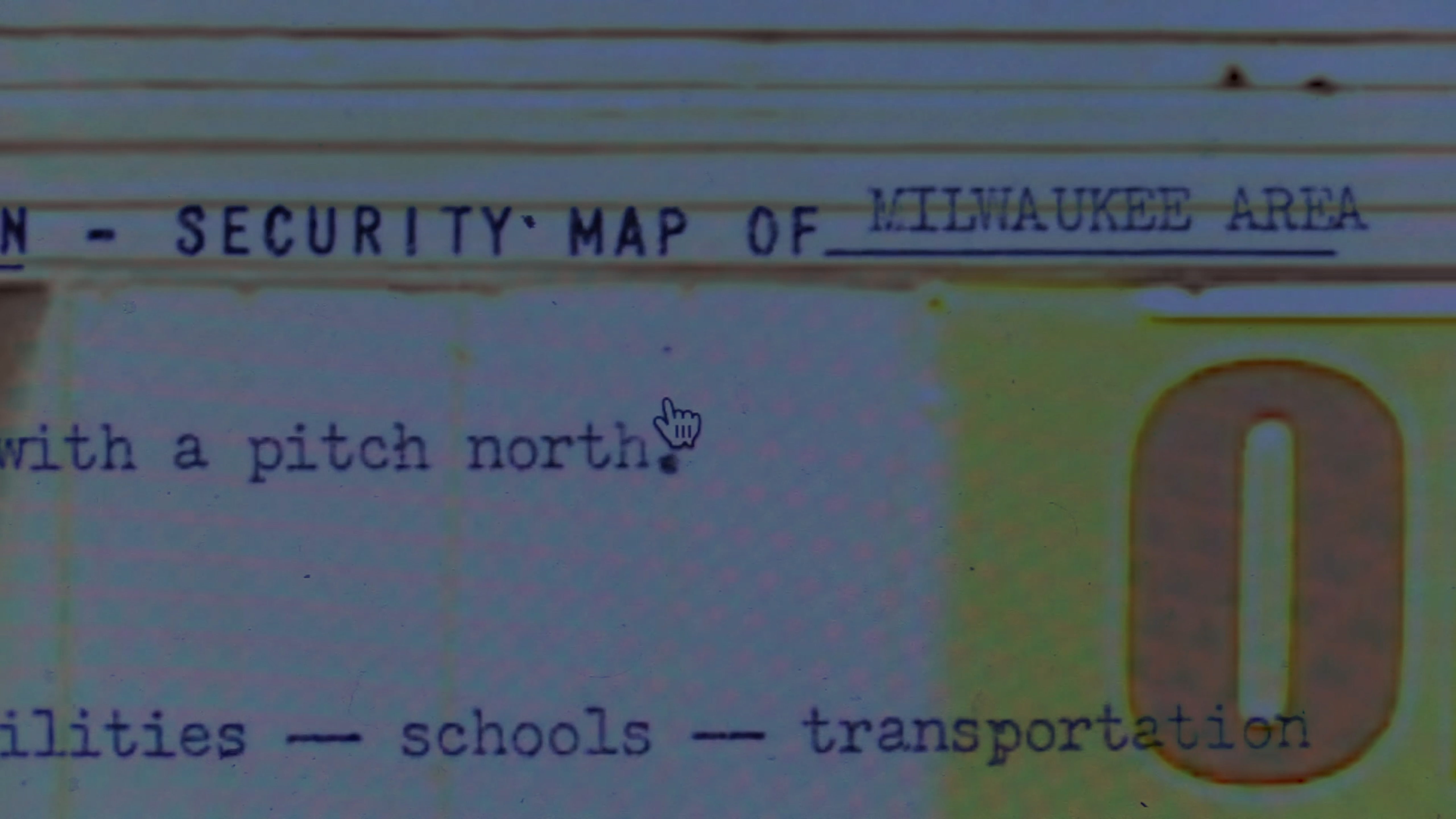 Join us in celebrating the work and words of Vonnie Quest through his short film, Opportunity Zone. Paired with a Q+A between the filmmaker and Cactus Club coordinator, Natasha Woods, a document that offers a better understanding of the maker’s relationship to Milwaukee, gives an intimate look on his inspiration, approach, use of materials, and what he is up to now.

Opportunity Zone is not only a meditation on migration but within the five minute short, it carefully untangles ideas of segregation, redlining techniques through the construction of highways, and other tools behind gentrification. This film fuses images of artifacts, archival footage, and a personal recollection of an unnamed woman as a sort of dossier of investigation to understanding the makers’ own relationship to Milwaukee. As the story of her migration unfolds so does her ideas of what opportunity can mean. Quest offers a variety of material that lends to the texture of her voice which presents a compelling and intimate story that nudges the viewer to consider forms of oppression beyond what’s provided within the scope of the film.

NW: Can you give a little background/bio of who you are and what is your relationship with Milwaukee is?

VQ: My name is Devon pronounced [Dah-Von], but everyone calls me Vonnie. I am an interdisciplinary artist from Milwaukee, WI. I would like to emphasize that I was born and raised on Milwaukee’s Northside, which is important in understanding the complex love-hate relationship that I am always trying to work through with the city commonly referred to as The Mil. How am I in relation to Milwaukee? For me, Milwaukee is family gatherings on 49th and Nash, walks at the lakefront, and Kitts Frozen Custard on a warm Friday evening. Milwaukee is home, but as Gil Scott Heron so passionately stated in ‘71, Home Is Where the Hatred Is. As we all know, segregation fuels hate and distrust, and Milwaukee consistently makes the list of most segregated cities in the nation. I always feel conflicted about

NW: What did the process behind making Opportunity Zone look like? What was the impetus to document this story?

VQ: This video was made in response to the rapid gentrification and a large yellow banner with the words Opportunity Zone in red lettering. The banner was attached to the side of a seemingly abandoned building near 27th and Wells. For days I mulled over the meaning of the word opportunity. I had begun to research the functionality of an opportunity zone and who ultimately benefits from this. To no surprise, these zones are only lucrative for people with capital, and with the economic disparities that plague Milwaukee, this initiative would not serve low-income residents. My process usually begins by posing several questions to myself. What does opportunity mean to marginalized communities? What did opportunity mean for the six million Black people who migrated from the south to the north? What does opportunity mean today for Black people in Milwaukee in the present moment? I interviewed my wife’s grandmother who migrated from Duncan, Mississippi to Milwaukee, WI in the fifties.

NW: When did you start thinking about the systems in place that enforce segregation? How do you see these ideas still playing out?

VQ: I started to think critically about how segregation impacted myself and the people around me. By the time I was a Junior I had lost several friends and family to violence either by death or incarceration. I realized that many of these losses were connected to the systems of oppression and severe lack of resources. This was one of the reasons I decided to take art seriously, as it allows for narratives to be communicated that oftentimes only exist at the margins.

NW: Reimagined- how would an “opportunity zone” look like to you?

VQ: For me, an ideal opportunity zone initiative would allocate capital to the residents who reside in the neighborhoods, so that the people can invest in their own communities. I feel that opportunity zones are currently serving people who already have opportunity. Wealth must be redistributed, especially in Milwaukee, WI. As I mentioned in an earlier response, economic disparities statistics among Blacks and Whites in Milwaukee, WI is alarming. Why are black and brown communities colonized at such rapid rates with complete disregard to the people who have lived in these communities for decades?

NW: How did you come to meet the found-footage and document that’s used throughout the film? What is the document and what was it used for?

VQ: The document that appears throughout the video was found in an article titled “How Redlining continues to shape Racial Segregation in Milwaukee.” I recommend reading the article as it was very informative. I simply extracted the document from the article in PDF form, so that it would be easier for me to read. I went over the article so many times that I felt that it should be included in the piece itself.

NW: What is your relationship with the storyteller?

VQ: The storyteller’s name is Odester Love. She is my wife’s grandmother.

NW: What draws you to collect, reimagine, and preserve stories of your family’s past?

VQ: In answering this question, I would like to cite a quote from Christina Sharpes 2016 text,

“In the Wake: On Blackness and Being.” Sharpe says,

I include the personal here to connect the social forces on a specific, particular family’s being in the wake to those of all Black people in the wake; to mourn and to illustrate the ways our individual lives are always swept up in the wake produced and determined, though not absolutely, by the afterlives of slavery.

I included this quote to illustrate why I reference my family’s archive. It is through the family photo album, documents (social security cards, address books, crossword puzzles), and conversations both on and off camera that I am able to fully realize the ways in which myself and my family are situated in what  Sharpe calls the wake. Sharpe describes the wake as the path behind a moving ship, the current, metaphorically it represents a ripple or the afterlives of slavery which Black people are all currently living within.

NW: I originally met your work, Rementats of a Room, as an installation for your undergrad thesis. I was wondering if you could talk about your relationship and use of other materials to aid in your storytelling and how you come to these different approaches?

VQ: Objects play a very important role in my practice. I am an avid thrifter. I go thrifting at least three times a week. The materials that I find during my thrift store raids find themselves in my video work. Sometimes, the objects themselves inspire the videos that I create. For example, last year I found a Victorian-style love seat with floral patterns. I haven’t used it in a project yet, but it will find its way into something in the future. My studio is somewhat of a storage space for all my materials.

NW: Do you have any advice for young (aspiring) artists?

VQ: Making art is difficult, but at the same time very rewarding. Rewarding in a sense that one’s artistic practice can potentially generate conversation around social issues, especially in the present moment. I would also emphasize the importance of being honest with yourself and with the subject matter.

NW: What are you working on now?

VQ: I am currently in the second year of my Master of Fine Arts at the University of North Carolina Chapel Hill. I am working on several smaller projects that will eventually evolve into a larger thesis project. On top of developing my own work, I am teaching my first undergraduate course “Video Art I”, which I am really excited about. My students are learning about the history of Found Footage/Appropriated film.  They will be screening their projects in the next week or so. This past summer I filmed a music video for a close friend while in Milwaukee, which will be released later this month. I have been thinking a lot about music video and the ways that music/sound appear in my work. I also collect records and before COVID-19 hit, I was spinning records at Bow Barr in Chapel Hill with a collective of DJ’s called Carolina Soul Records. I do plan to continue spinning once we are past the pandemic.

NW: How can we keep up with you and your projects?

The best way to keep up with my projects are to follow me on Instagram: @vonniexquest and also on my personal web page www.vonniequest.com For all donations the best way to find me is through cashapp at at: $VonnieQuest 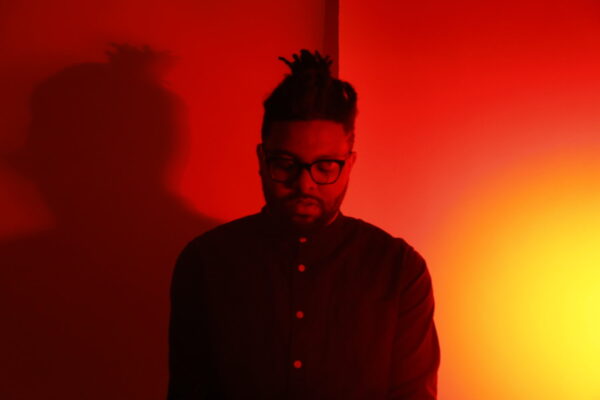 Devon Smith better known as Vonnie Quest or Vonnie (b. Milwaukee, Wisconsin 1991) is an Interdisciplinary Documentary Artist, whose work considers the various ways that ingenuity manifest in everyday life. Working in various materials and mediums, Quest situates his work within the sphere of collage, documentary, and experimental cinema practices. Influenced by Family history, Surrealism, and Hip Hop, he makes things that site the methods of these disciplines while building community and offering a transformative experience for his audience. He received his Bachelor of Fine Arts from the University of Wisconsin-Milwaukee in Interdisciplinary Art studies. His films have been featured in group exhibitions and film festivals both nationally and internationally. He has shown work at the Milwaukee Film Festival, Milwaukee Short Film Festival, Gallery 400 in Chicago, IL, Hayti Heritage Center in Durham, NC, The Unseen Festival in Denver, Colorado, Kennilworth Square East Studios in Milwaukee, WI, Var Gallery, and Studios in Milwaukee, WI, The Annual Heritage Film Festival in Baltimore Maryland, and The National Museum of African American History in Washington D.C.

He is currently working on an interdisciplinary art project and documentary about the life and death of his maternal grandmother, Mae Ethel Turner. When he is not making work, he is spending time with his wife and two children in Durham, North Carolina. In his spare time, he travels and visits local thrift, record, and book stores.