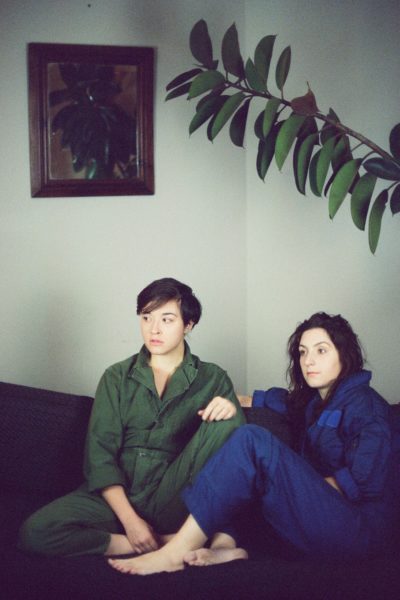 Already celebrated as the “Heart of Chicago’s Music Community” (Noisey) by both fans and tastemakers alike, OHMME (aka the duo of Sima Cunningham and Macie Stewart) amalgamate the aggressive and the meditative on their bold debut full-length album, Parts. Still in their 20s, Stewart and Cunningham are both classically trained musicians and are established players within the Chicago music scene. They are especially involved in performing and working for venues within the local experimental music scene. They’re constant collaborators and have recorded and toured with homegrown acts as varied as Tweedy, Whitney, Chance The Rapper and Twin Peaks. Cunningham and Stewart are multi-instrumentalist, singer-songwriters with a penchant for two instruments in particular. "The band started because we knew we could sing well together and we wanted to make some noise with the guitar,” says Cunningham. Stewart elaborates, “Sima and I are both trained classical pianists and we know many of the sonic spaces keyboards have to offer. Since we were interested in experimenting and creating something different from what we had both done in the past, we chose guitar as our outlet for this band. We wanted to create both new and uncomfortable parameters for ourselves to force us into a different creative space.” These guitar-heavy experiments are sometimes earthy and resounding, at other times shimmering and buzzing—swirling around the duo's expertly crafted vocals while creating a chaotic bed of harmony. Cunningham's smoky alto complements Stewart's higher-register croon, all underpinned by the restrained yet highly inventive polyrhythmic percussion of drummer Matt Carroll. Think Amber Coffman and Angel Deradoorian-era Dirty Projectors. Enlisting fellow Chicago cohorts Doug McCombs (Tortoise), Ken Vandermark and cellist Tomeka Reid, OHMME recorded and self-produced Parts from Cunningham’s Logan Square home studio, Fox Hall. With Parts, OHMME "wanted to capture a moment in time instead of something perfect.” The results are thrilling: from the pure pop opening track “Icon” to the candied sludge of "Peach" to the skipping rhythms of "Parts" and the dusky closer "Walk Me," Parts draws from influences as diverse as Kate Bush and Brian Eno's Here Come the Warm Jets to jazz and improvisational music, making for an electric debut listening experience. This range from sweetly shiny 2-minute hypnotic bangers to woozy and sprawling 7-minute long tracks boasting moodily atmospheric wafting guitars and piercing feedback shows a band colliding thoughtfulness and creative ingenuity to produce music as unique as it is earworm-worthy. With Parts, OHMME manage to organically marry a breadth of divergent styles into an album that is cohesive, daring, and distinctly their own. 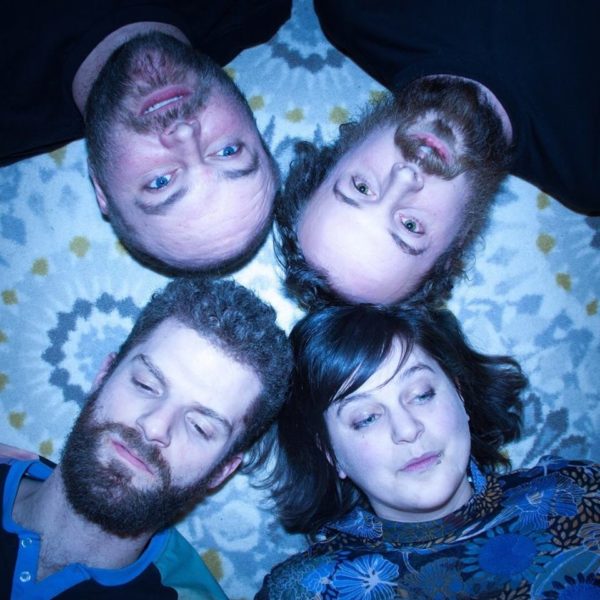 The band saw 2017 as their busiest year, starting with the anticipated release of their debut EP in early Spring. It was met with praise by some of Milwaukee’s bigger publications and radio stations, including a nomination for best album by 88Nine Radio Milwaukee Music Awards and featured in Milwaukee Records “10 Standout Milwaukee EPs of 2017.” They also released their stand-alone single, “Say Your Prayers,” in early 2018 and are expected to release their full-length sophomore effort by the end of the year.

With each member coming from different backgrounds ranging from classical to jazz and metal to funk, ROCKET PALOMA melds their stylistic differences into a truly unique, genre-bending experience.

“With elements of indie and folk with a shot of adrenaline, Rocket Paloma’s debut shines from start to finish.” – Allen Halas, Breaking and Entering

“…describing the four-song “Rocket Paloma” [EP] as something of a “second stage” is useful, too, as it illustrates just how quickly the young band has changed, and point to the heights it could easily reach.” – Matt Wild, Milwaukee Record

"Whether [Joey Kerner] and her band mates continue in their current direction or back up some to pick up aspects of their former aesthetic, the full album that should come next ought to be a somewhere in the neighborhood of revelatory. " - Jamie Lee Rake, Shepherd Express
​
“With their variety of musical backgrounds, Rocket Paloma blends styles to create an energetic progressive rock sound rooted in a heavy folk foundation. Their sound brings to mind female-fronted rock bands of the 1970s such as Jefferson Airplane.” – Joey Grihvala, WisconsinGazette

"'Critics Choice' is a glaring look in the mirror. Maybe not even just a look, maybe like an afternoon in a hall of mirrors. Lead singer Joanna Kerner is so self-reflective that she, essentially, becomes out as her own therapist. And is ruthlessly honest and self aware of every aspect of herself that you can’t help but grin at how clever it is. Even extending the gag to the instrumentation as the song screeches to a halt for Kerner to make the dramatic admission that, she, at times in her life, has been wrong." - 88Nine Radio Milwaukee, "5 Song We Can't Stop Listening To"

"'Say Your Prayers' is a whitewater raft trip of energy. During some portions of the trip, you need to use the oars, but there are times when your goal is merely to stay upright. The track from Rocket Paloma is exhilarating." - Indie Obsessive 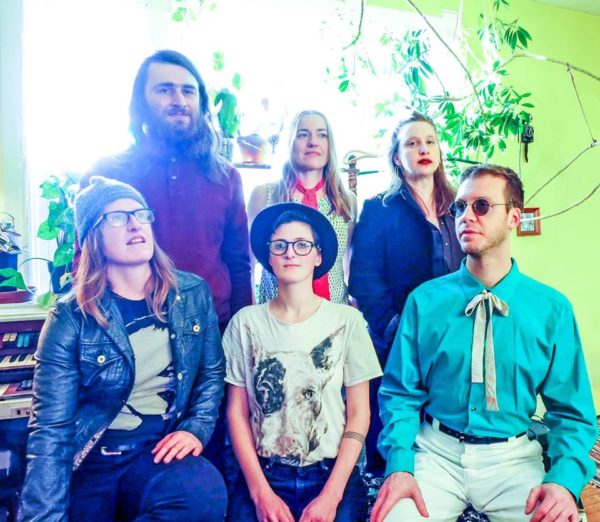