This year’s Strange Fruit Music Festival continues its effort to foster a greater sense of communication between all communities in our city. To merely survive, we humans need good water, food, and shelter; but in order to thrive we need love, tolerance, and the kinship of our fellow people. In the current day and age, we have become more aware of our standards of living than our neighborly relationships; we bleed for our bread, water, and shelter more than we have compassion for one another. This separation from coexistence has poisoned the well of our culture. There is a cognitive dissonance in living at this strange time, when the fruit of human ingenuity, art, culture, civilization, and compassion takes on a form not of sustenance but of poison. This is the antithesis of harmonious existence. Whether this strange fruit be the separation of mothers and children at imaginary borders, the separation of neighbors from yard to yard, the separation from oneself, or the separation from the realization of cultural decay, we are living the dichotomy of both the poison and resilience of the human condition. This is a strange and bitter fruit that must seed hope.

For many who’ve attended, the Festival has offered deep insights into how the musical community deeply desires the ability to trust each other, learn together, and grow together. During one of the performances at the festival, the sound of police sirens could be heard polluting the music. Smartphone screens lit the audience and social media revealed that yet another young Black man had been shot by a police officer. In the wake of this, the necessity for the Strange Fruit Festival has become even more evident to everyone involved.

The festival’s founders have decided to continue Strange Fruit annually because of the frustratingly slow progress regarding the racial climate throughout the nation, and Milwaukee in particular. For many, it feels like the gains made towards equality through the Civil Rights movement over 40 years ago are quickly eroding away.

The festival’s name was inspired by a song made famous by Billie Holiday and written by Abel Meeropol after he saw a photograph of a lynching in the South. The photo “haunted him for days” and prompted him to pen a poem which could express his sadness and horror. The lyrics never mention lynching, but the message is clear:

” Southern trees bear a strange fruit,
Blood on the leaves and blood at the root,
Black body swinging in the Southern breeze,
Strange fruit hanging from the poplar trees.
Pastoral scene of the gallant South,
The bulging eyes and the twisted mouth,
Scent of magnolia sweet and fresh,
And the sudden smell of burning flesh! ”
-Strange Fruit by Abel Meeropol

“We have Nazi riots in the middle of the country, we still have people of color being gunned down or subjected to the new Jim Crow laws, and we have a president in office who openly supports and defends these things. In this type of environment, the Strange Fruit Festival will exist as an annual event highlighting the conversation, the emotions, and the progression forward, through music, art, poetry, and conversation,” said Anderson, Founder of VoodooHoney Records. “Working with an almost completely new roster of musicians this year. We look forward to having others join us in this effort to promote the world our music deserves to live in.”

The Strange Fruit Music Festival also echoes the sentiments of Leonard Bernstein in response to the murder of John F. Kennedy: “We musicians, like everyone else, are numb with sorrow at this murder, and with rage at the senselessness of the crime. But this sorrow and rage will not inflame us to seek retribution; rather they will inflame our art. Our music will never again be quite the same. This will be our reply to violence: to make music more intensely, more beautifully, more devotedly than ever before.” 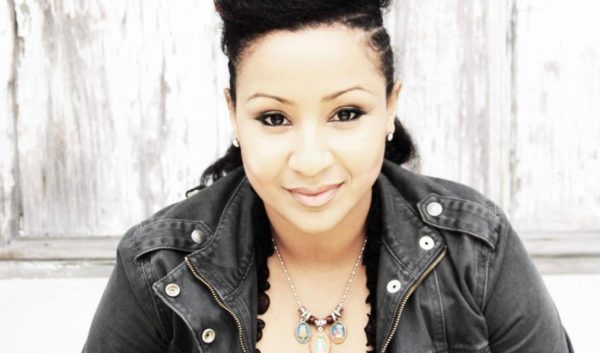 A soulful voice, from a jazz tradition, with a heart of rock and roll, makes for a styling as complex as the city she calls home. Arsene spent much her life on the road, starting on Milwaukee’s rich underground hip-hop and poetry scene with Poetree Chicago, Growing Nation, Black Elephant, & Sheree Amore, while finishing a BFA in Theatre Arts, at Marquette University. Her acting career took her to Los Angeles, where she would put the Ascona Jazz and Heritage Festival, Edinburgh Fringe Festival, and the REDCAT Theatre at the Walt Disney Concert Hall under her belt before finishing her Master’s Degree in Acting from California Institute of the Arts.