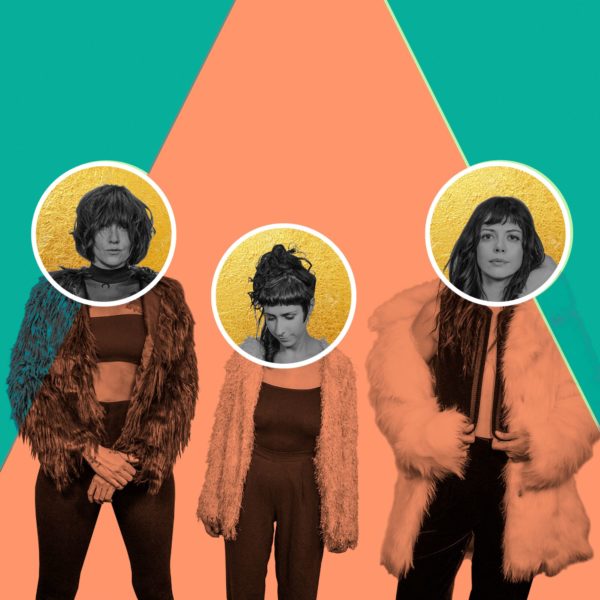 In the bygone era of arena rock, concerts were a way of promoting records. Punk
challenged that notion by making rock a communal experience again: the
boundaries between performer and punter were blurred; anyone could start a band;
and records were no longer the definitive statement of an artist’s vision, but rather a
way of promoting visceral and participatory live shows. In their early years, Atlanta
trio The Coathangers were very much of the classic punk ethos—the band was a live
entity, and the records were merely a document of the charisma and chaos
projected from stage. But after 12 years of relentlessly touring on a steady flow of
EPs and LPs, The Coathangers finally took a moment to recalibrate before diving
into the creation of their sixth studio album The Devil You Know. After a summer
break of reflection and reassessment, the band regrouped to make an album that
captures all the vitality of their early years while honing their individual strengths
into new communal achievements. It’s a record that takes their established takes on
vitriolic punk, playful house-party anthems, and heartworn ballads and melds them
into a new sound that retains all their former live show glories while revealing a
new level of songwriting and nuance.

“The writing process was done with an open heart,” says guitarist/vocalist Julia
Kugel. “Everything that came before had to go away. Whatever hang-up, whatever
thing we were holding onto, it had to go away. And we started there, at ground
zero.” This may sound like the band was going through some Hüsker Dü or
Fleetwood Mac-level personal drama, but the reality is less gritty and salacious. The
individual members had merely become entrenched in their way of doing things.
Kugel excelled at the melodic pop songs. Drummer/vocalist Stephanie Luke belted
out the gritty rock tunes. Bassist/vocalist Meredith Franco drove the post-punk and
no-wave angles of the band. With each album, you could hear the individual
songwriters honing their style. But with The Devil You Know, it feels like we’re
hearing the first Coathangers record written as a true unit. Inspired and
emboldened by their experience recording Nosebleed Weekend, the band returned to
Valentine Recording Studios in Laurel Canyon with Nic Jodoin, who pushed them
into increasingly layered and lush sonic territories.

There’s no better demonstration of this reconfigured sound than in the opening
track “Bimbo”, where Kugel’s signature sweetness propels the verses while Luke’s
shout-along hooks and hammer-fisted drumming dominates the chorus. It’s a pop
masterpiece that touches on all the classic Coathanger traits, but delivers them all at
once in a fully realized way. “I don’t care what our previous image was. That’s not us
now,” Kugel says. “I feel like this is an introduction to what we are now.” And that
current manifestation of The Coathangers finds the individual voices banding
together, as on the throbbing rocker “Crimson Telephone”. There’s a hint of The
Pixies’ duality of seduction and fury in this critique of social media’s grip on our
lives, a suitable reflection of both the allure and the frustration of this new cultural
phenomenon. That beauty-and-the-beast dynamic comes into play again on “Step
Back”, a siren song of staccato riffs, bass grooves, shrieking noise, and beguiling
vocal melodies. When the band taps into their particular brand of angular skronk on
“Memories”, there’s a masterful interplay that recalls famously tight-knit trios like
This Heat and Minutemen. Even at their fiercest moments, such as on fiery “F the
NRA”, the band never descend to the cacophony they cranked out in their early
years. “It’s a conscious anger now,” Kugel says of their harnessed fury. “You’re
navigating through it and figuring out your place in all of it, whereas the first record
is more of a general statement of ‘I feel mad.’” There’s a newfound discipline, depth,
and dimension to The Coathangers on The Devil You Know, like each member
learned how to imbue their bandmates’ songs with their own personal touch.
The album title stems from an old adage whispered at a friend’s wedding. We settle
when we’re afraid of the unknown. It’s a theme that runs through every song on the
album, and even though the band insists they were writing songs about other
peoples’ pain, they acknowledge that the old saying applies to their band as well. We
get comfortable, we get scared, and we refuse to change. But with The Devil You
Know, The Coathangers lost their fear, and that allowed them to shed the baggage of
the past. “Why are we living in these cells we built for ourselves?” Kugel asks.
“That’s been the great thing about this record. It’s been honest and confrontational…
but not in a shitty way.”

Suicide Squeeze Records is proud to release The Devil You Know to the world on
March 8, 2019 on CD, a limited run of 300 cassettes, digital formats, and an initial
pressing of 3,000 LPs with 500 copies on MAYDAY color vinyl, 500 on LUCKY DEVIL
color vinyl, and 2000 on BITTERSWEET color vinyl. The vinyl version includes foil
on the cover of the LP jacket, a printed inner sleeve, and a download card. 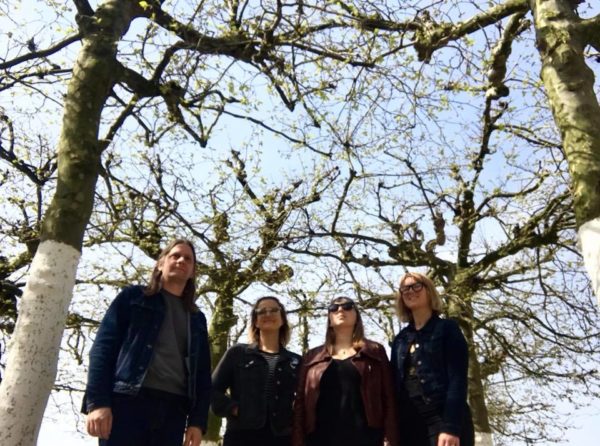 Witchy, twitchy and full of attitude, Fox Face is a fog-swirling, moonlit night where nothing’s as it seems. Both realized and reckless, Fox Face is an eerie musical force that would be just as much at ease holding a seance on a stormy, nighttime beach as they would be throwing a rager in a dark, beer-soaked basement bar.