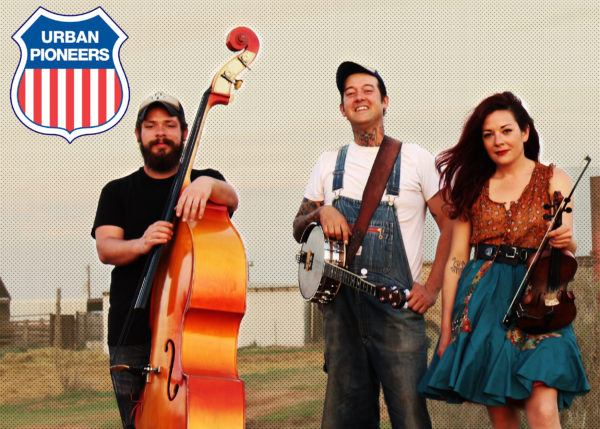 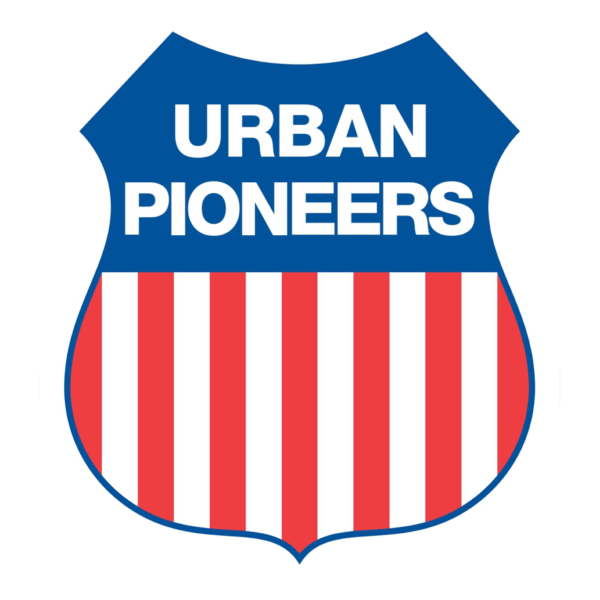 Mix one part Texas fiddle and one part Tennessee banjo, add doghouse bass and a splash of guitar and you have a delicious cocktail for your ears known as the Urban Pioneers. This string band hammers out a variety of original songs that encompass old time hillbilly music, western swing, rockabilly, and even a few gypsy type songs for good measure. The band stays on the road constantly all over the world playing anywhere from large festivals to backyard parties, from quaint listening rooms to goat farms, and from divey punk bars to corn roasts.
Liz and Jared met in 2011 as backing members for a handful of prominent underground roots artists. When the timing was right they decided to form their own band and do things their way. Since 2014 the Urban Pioneers have released five full length recordings and have criss crossed the globe countless times. From the spring through the fall the trio spends a large majority of their time on the road. When the weather turns cold they spend their winters on their Texas ranch trapping feral hogs and writing new material. 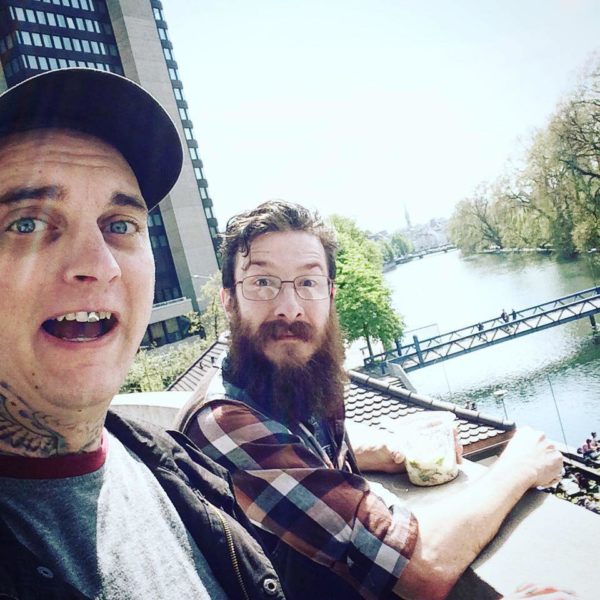 Hailing from the booze-soaked, frozen tundra of Milwaukee, Wisconsin, S.S. Web fuses elements of Folk, Punk, Americana, Rock, and Country into a style all their own.

For the better part of 7 years S.S. Web has been plying their trade, honing their skills as musicians and songwriters. They self released their debut album, "North", in 2011 and released it's follow up, "1933", in 2013 through Wayward Parade Records. The following two releases, both in 2014, included their third full-length album, "Skulls Will Sink", and a self-titled split 7" vinyl with Ando Ehlers.

Taking to the road like marauding pirates take to the sea S.S. Web has played countless shows from coast to coast, bringing the party and a glorious racket wherever they go, making new fans and friends at every stop.

The tides may change, but the ship will always sail...